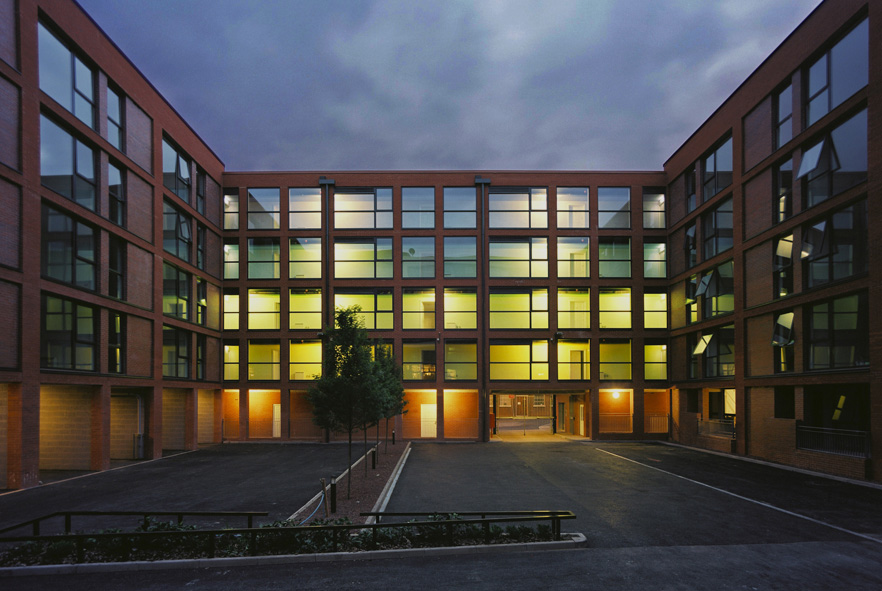 “An outstanding residential regeneration project based on the remarkably low budget and build costs. This is a shining example of good polite street architecture. Reticent, but with impressively layered facades, achieved on a very very tight budget.” Build in Quality Awards – Judge’s Comments 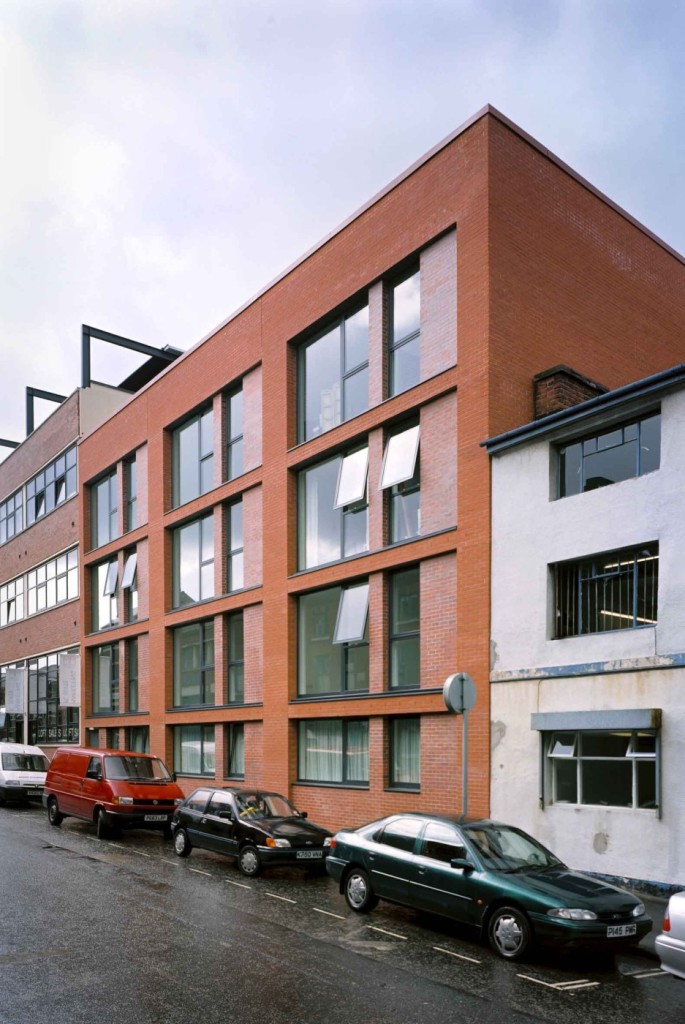 The completed scheme (Sapphire Heights) was built for an extremely low £840 per square metre, including all the fit-out of the apartments and landscaping.  To achieve this a load-bearing cross wall construction was opted for.  These load-bearing walls are not just the party walls between apartments, but also the internal cross walls between living room and bedrooms and between bedrooms.  The smaller spans for the floor slab allowed for minimal edge beams to the elevation which consequently also allowed for deep full height windows to be used.  This gives the building a very distinctive look.  Similar, but framed, schemes can not achieve such deep windows because the economic frame spacing (concrete or steel) requires a greater spacing of the frame (as opposed to the close centred cross walls), which has an impact on the depth of the edge beam and consequently reduces the windows.

The large windows are the major design feature of this building and, as discussed, could only have been achieved with a load-bearing masonry solution.  To emphasise this and to help achieve the low build cost, the palette of facing materials was restricted to two good bricks.  Unlike other apartment buildings in the city, timber, render and metal were rejected, as was the use of an expressive roof.  Consequently the two bricks have a greater presence and stature.

Sapphire Heights was awarded a Built In Quality Award from Birmingham City Council, and the BDI Industry & Genius Award in 2005.