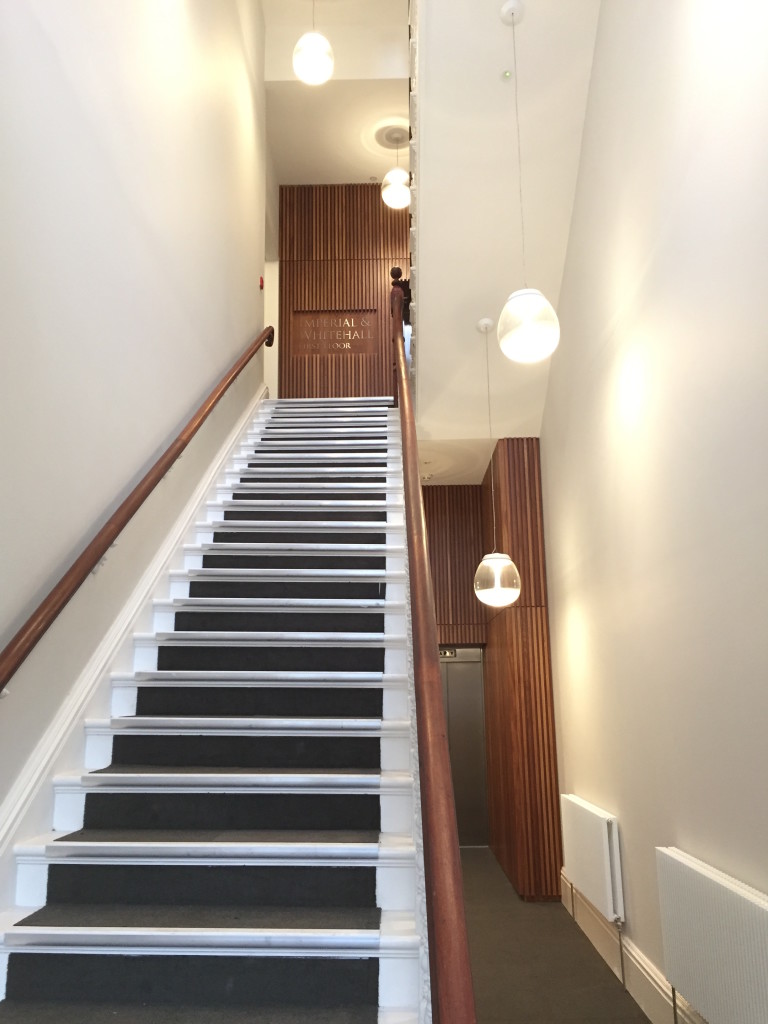 The Grand Hotel, shops and offices comprise five buildings, interlinked internally but reflected externally as distinctly separate buildings. Built between 1877-1895, much of the present Grand Hotel building on Colmore Row in Birmingham was originally constructed for Isaac Horton, a descendant of Hortons Estate. The building is Grade 2* listed. Since the it opened in 1879 the hotel has had a chequered history, culminating in its closure in 2002. At that time, the building had become too outdated to operate economically. 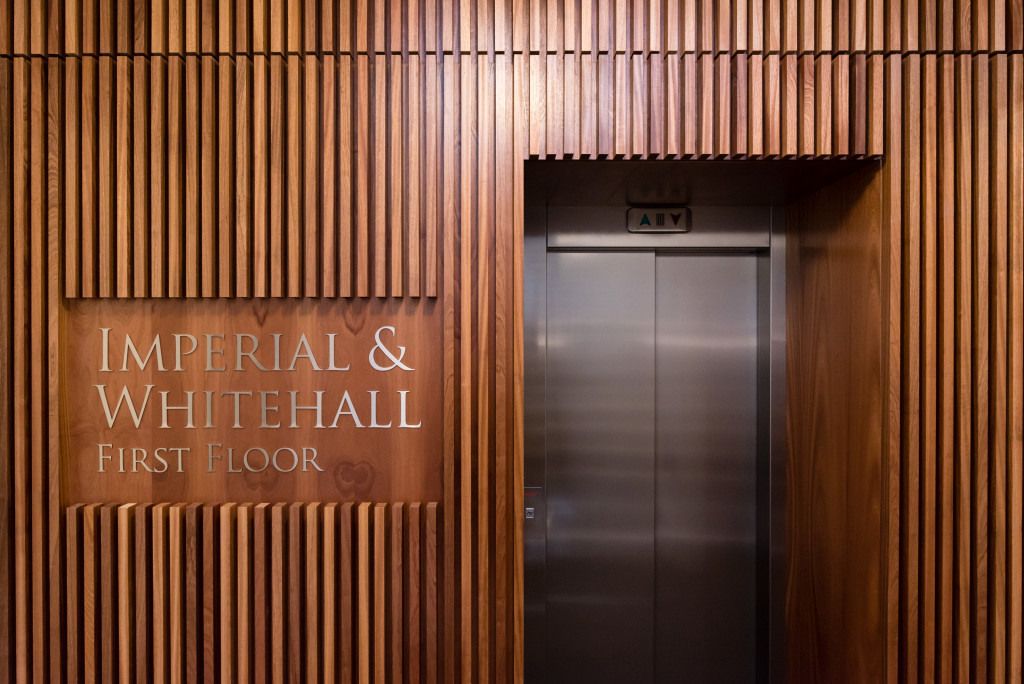 But now, Birmingham’s famous Grand Hotel has been brought back to life. Working alongside Hortons Estate, the principal Architects for the overall development Berman Guedes Stretton, engineers ARUP and RPS amongst others, our role was to refurbish the Imperial and Whitehall Chambers on Colmore Row forming part of The Grand Hotel redevelopment. You can view a walkthrough of the new offices here. 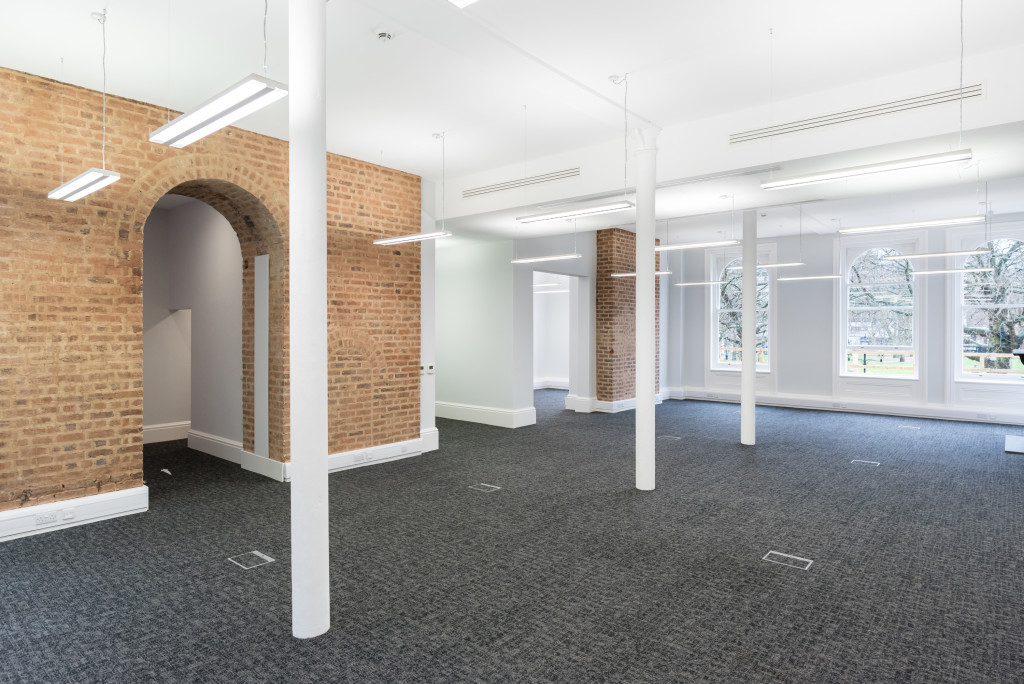 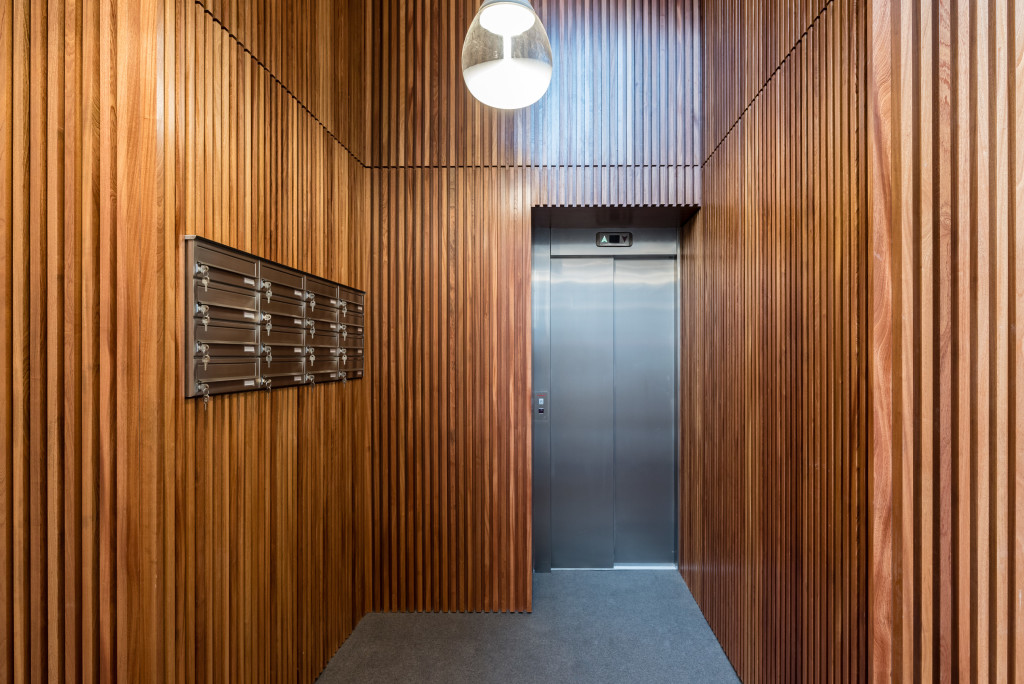 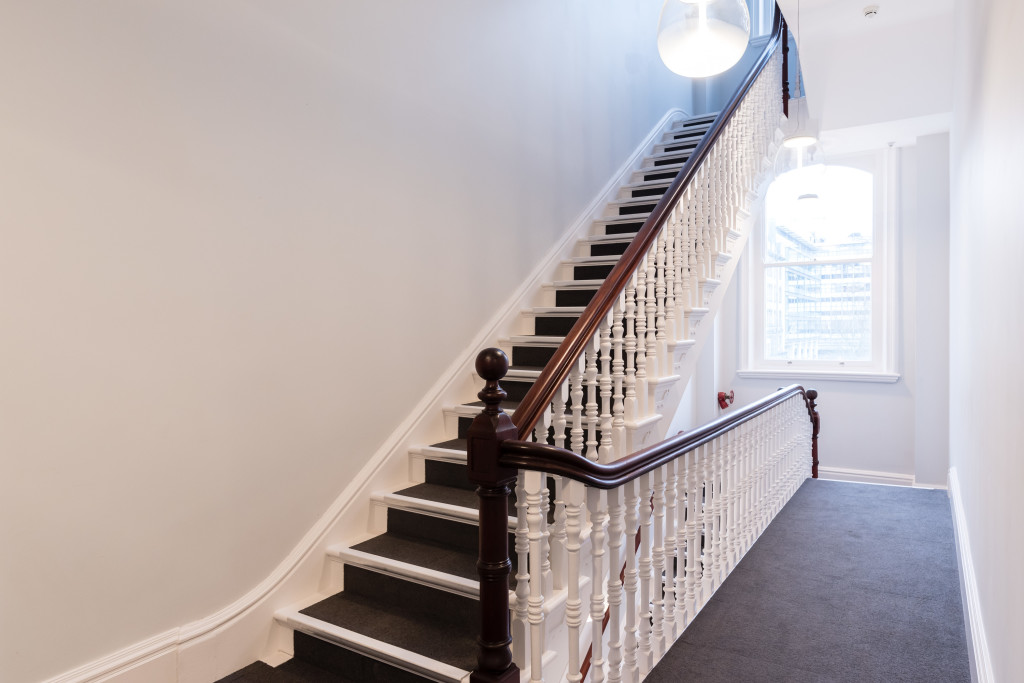 The brief was to create modern office facilities that respected the traditional fabric of the building. Stripping-out the building revealed original features including decorative coving, skirting boards, exposed brickwork and fireplaces. These details were retained wherever possible and complemented with modern insertions. 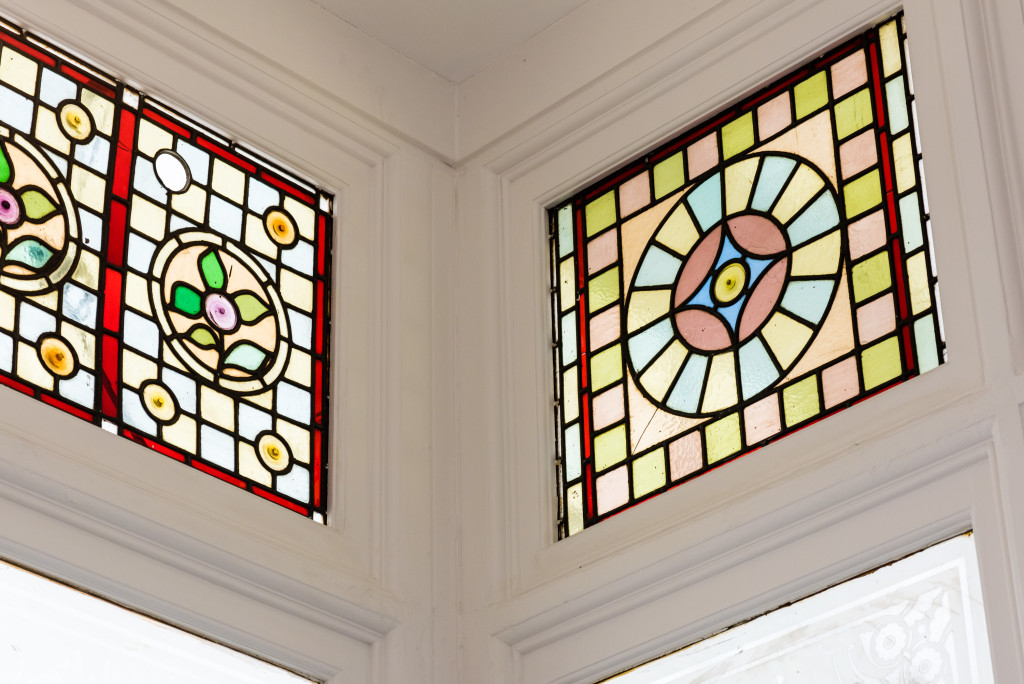 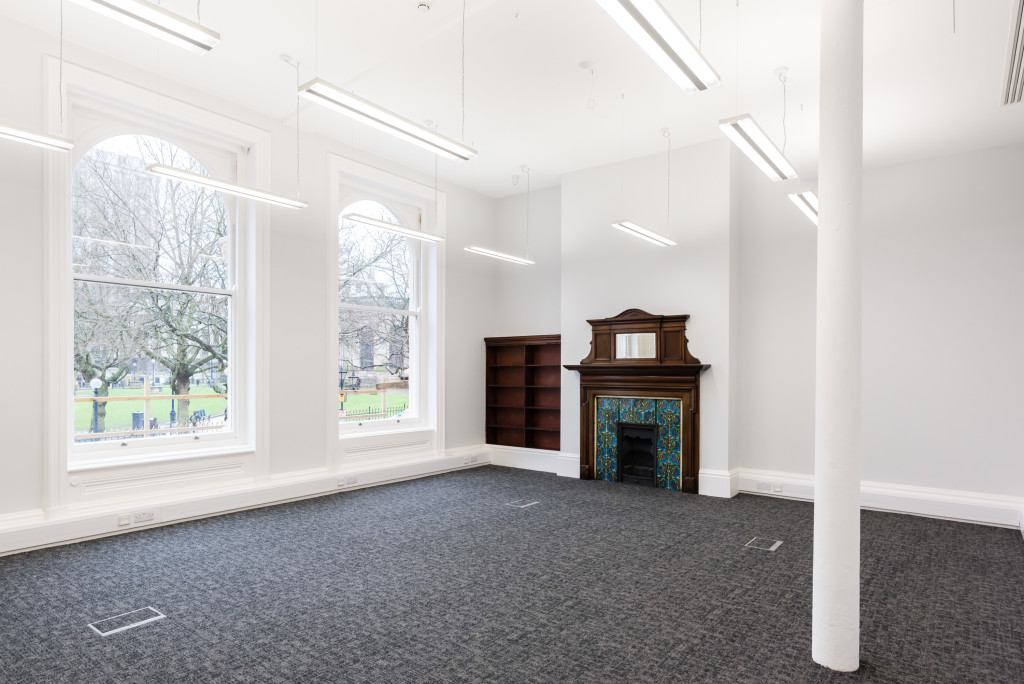 A feature has been made of the original signage uncovered during the strip-out which provides a fascinating glimpse into the history of the building and its former occupants. 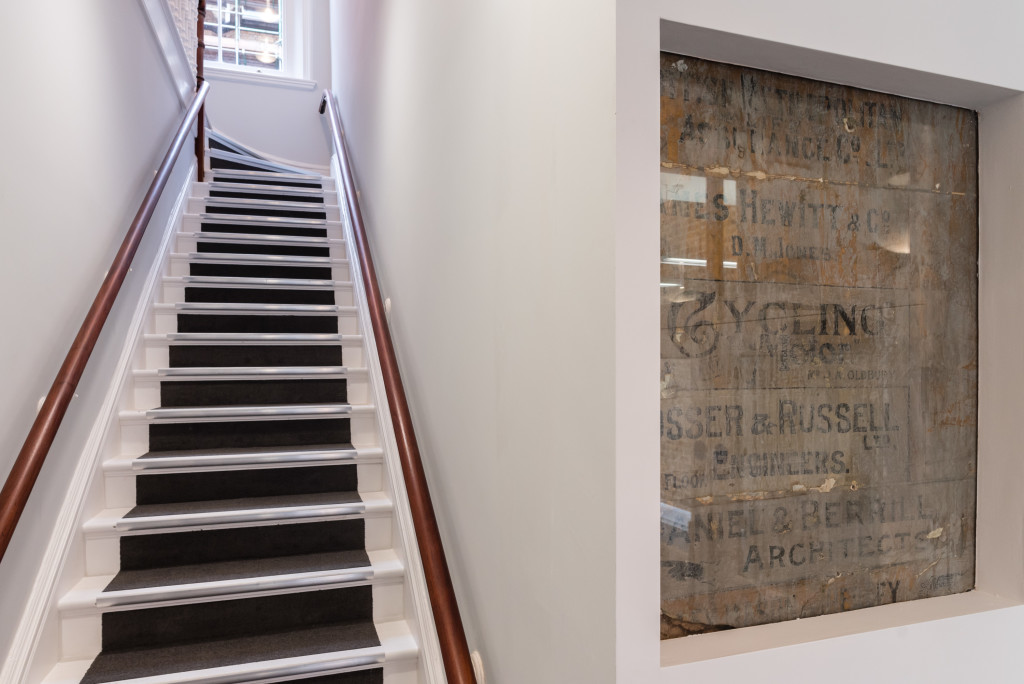 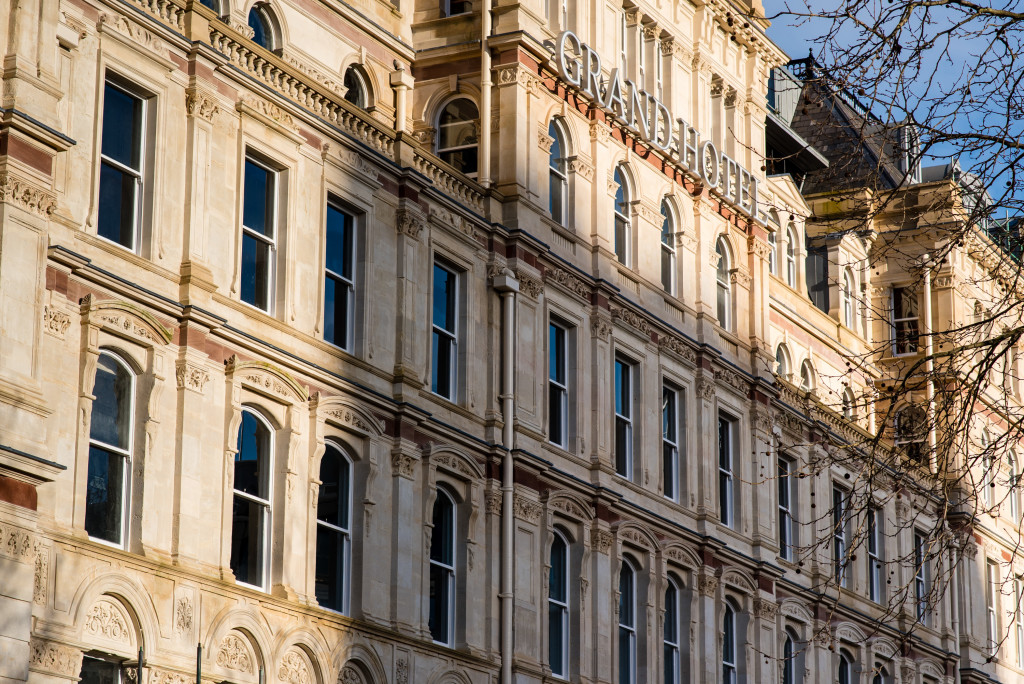