In the last in our series sharing work produced by our architecture students at BPN, this final extract comes from Jenny Harrison’s dissertation entitled “A Lost Stirling And Gowan Project”. Specifically she asked What were the factors that led to the demolition of Stirling and Gowan’s housing in Preston? And How might this scheme be reconsidered in the light of continued interest in the work of these architects? 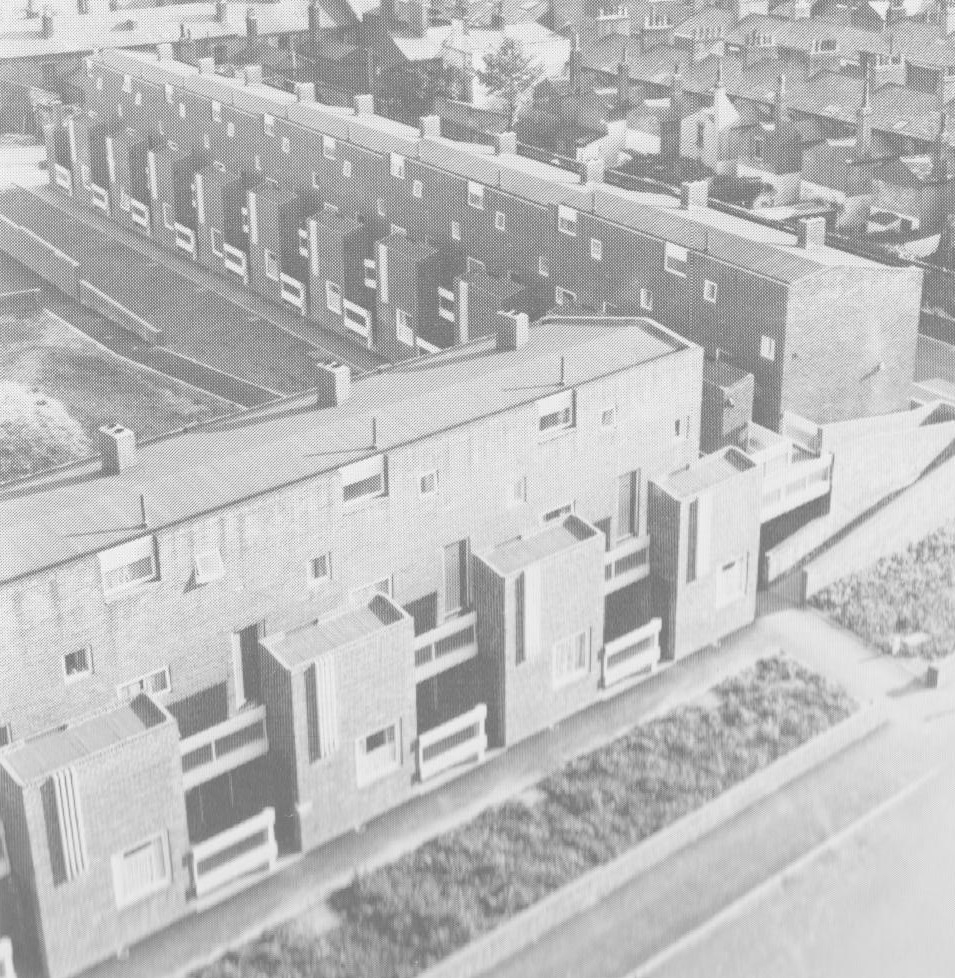 The post war slum clearance programmes of the late 1950s and early 1960s was an experimental time for architecture and social politics. This research project looked at a central site within the market town of Preston, Lancashire, and explored the social housing provision that was built in the early 1960s, designed by a young James Stirling and James Gowan. Since its demolition in the late 1990s, very little is known about this housing scheme and the research explored the factors that influenced its sudden demolition. These factors included the much debated defensible space issue relating to thresholds and the public to private boundaries, as well as access, orientation, natural surveillance, maintenance and the aesthetics of the development.

The conclusion was that a series of design issues, including many modernist ideals such as ‘streets in the sky’, central play areas and blurred boundaries, led to the degeneration of the area. Whilst the scheme was condemned for loosely resembling the terraced housing from which the residents had just left, the choice of stark red brick and pitched roofs did not have a negative impact on the way residents responded to their new homes.

It has since been discussed at length how the social housing ideals of this post-war period were essentially designed for the wrong tenants. This kind of design model works well in private ownership, with a maintenance contract, but when there is a high turnover of tenants the semi-public spaces become unkempt and disused.

Failed housing schemes are important to understand as they help us to assess the qualities that make good public spaces, and prevent the next generation of architects from making the same mistakes.

Jenny Harrison recently concluded her architecture studies by completing her Part 3. You can meet Jenny over on our team page. She is currently on maternity leave looking after her new baby boy.