Well, we did it: 8 of our (amazing) staff managed an entire night outside, in early March, with a cardboard box and a sleeping bag providing the only comfort and warmth. The addition of Richard’s guitar and a few games of Uno helped to lift spirits but BPN were there to highlight the issue of youth homelessness, so this was less of a team building exercise and more of a reality check: “I have never been more grateful to have roof over my head and a bed to sleep in” said our Office Manager, Carrie.

So far, we’ve raised over £550 for YMCA, and there’s still time to make a donation. Here’s our fundraising page: www.virginmoneygiving.com/team/BPNArchitects

A huge WELL DONE to the team who definitely earned their Maccy D’s breakfast, and have earned a place in BPN’s history of charitable events: Larry, Richard, Carrie, David, Ryan, Roan, Rob and Dean (behind the camera!) 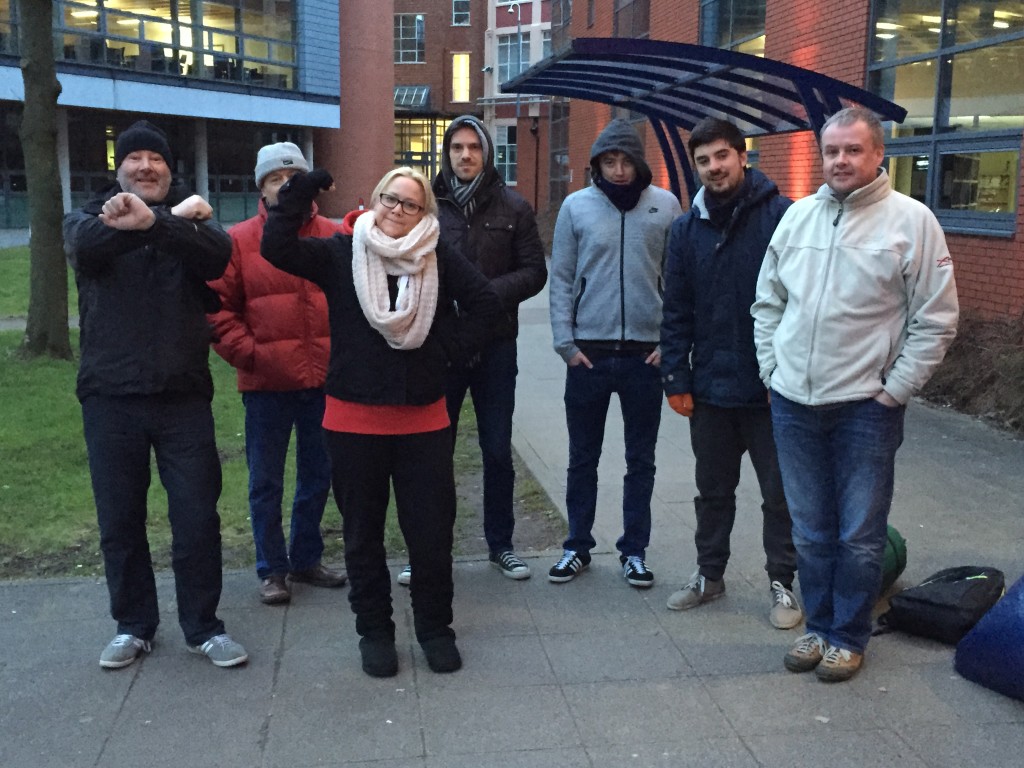